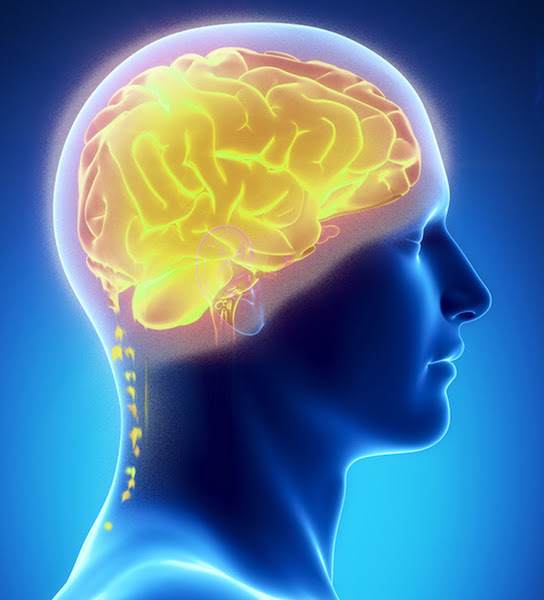 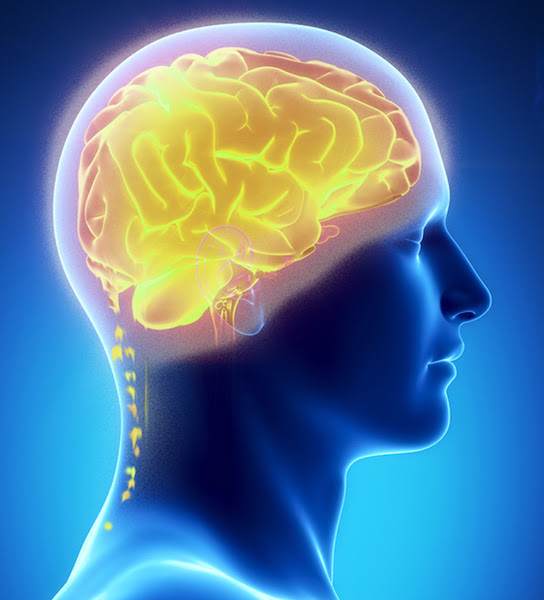 Exactly what happens when we meditate? Without first-hand experience, it’s impossible to grok. The elusive nature of it defies description. But we can understand it more readily in neurological terms. As an electrochemical organ, our brain has more than 20 billion neurons, all generating electrical impulses. When these neurons work in synchrony, tiny rhythmic electrical potentials occur in the synapses (junctions between neurons). The more neurons that work in synchrony, the larger the amplitude of the oscillations (microvolts). The faster the neurons work together, the higher the frequency of the oscillations (measured in Hertz–cycles per second). These two parameters–amplitude or power, and frequency or speed–are the main qualities of brainwaves. Measured by electro-encephalo­graphy (EEG), they are categorized into five types of brainwaves, from least to most active: delta, theta, alpha, beta, and gamma, respectively. [Brainwaves beyond the scope of this site and excluded below are: SMR (Sensory Motor Rhythm) and Mu waves]. 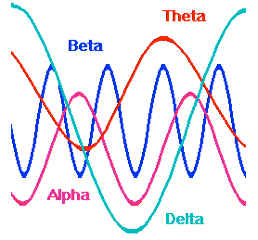 The preceding brain waves are not sequential or linear. Our brain is a superior parallel-processor, generating more than one brain wave pattern at a time. We seldom produce any one brain wave state. We dance between states, often emitting beta and alpha waves simultaneously, one of them predominating. Brain research is producing concrete measurable evidence for something that meditation practitioners have reported for centuries. The most common waves in light meditation are alpha, promoting changes in the autonomic nervous system. Regular meditation practice reverses the sympathetic and parasympathetic roles, so that the normally dominant sympathetic system is calmed, allowing the parasympathetic to predominate. This lowers blood pressure, heart rate, calms the mind, and lowers stress hormones such as cortisol circulating in the body. Functional MRI scans of those during deep meditation show a simultaneous traversing of theta, beta, alpha, and gamma states. Meditation allows us to regulate multiple and different levels of awareness at will. Research (discussed below) buttresses meditation as manipulating our experience.

A 1973 Scientific American paper published results of a study about “Auditory Beats in the Brain.” This had far-reaching implications for using binaural beats to induce different states of consciousness, as well as a diagnostic and assessment tool, e.g. Parkinson’s Disease patients have impaired function. A tenet of this research: our brain automatically maintains homeostasis for stimuli–aural, visual, proprioceptive, etc. A binaural beat is defined as: a beat in our brain when we’re listening to two sounds of slightly different frequency in opposite ears through stereo headphones. Our brain processes these two tones by combining them to generate a separate third tone. For example, if we listen to a 250 Hz tone in our left ear, and to a 260 Hz tone in our right ear, our brain would combine these two to create a 10 Hz tone. This is the binaural beat in our brain! Why are we wired thus? What function does this serve? It’s hypothesized that the binaural beat exists to aid our brain into equilibrium. Hence, this process is also termed “brain-wave synchronization” or “entrainment.” This occurs organically because we are hard-wired to adjust to external stimuli, to adapt and norm by cooperative means, rather than using energy toward antagonistic processes which do not aid in our survival as a species. Meditation harnesses precisely this: our built-in regulatory ability. Because our brain wave activity reflects our inner experience, we want the ability to play with our brain wave patterns, regulating ourselves at will.

A 2011 study in journal Brain Research Bulletin reported participants trained in meditative practice showed enhanced regulation of the timing and intensity of alpha rhythms, which among other positive effects, showed people with increased focus and ability to screen out distractions, allowing for a superior ability to remember and incorporate new facts. The recent proceedings of the National Academy of Sciences reported a long-term meditation study (with Tibetan monks): using a control group, at the University of Wisconsin’s W.M. Keck Laboratory for Functional Brain Imaging and Behavior, researchers reported measuring brain activation on a scale never seen before. Specifically, they localized the left prefrontal cortex, where brain activity associated with meditation, is most intense.

Another in vivo PET scan study, published in Journal of Cognitive Brain Research, observed participants during meditation, and reported an increase in EEG theta activity, along with increased dopamine release in the ventral striatum. Here, dopamine modulates excitatory glutamatergic synapses. As a precursor of norepinephrine and epinephrine, dopamine is key in regulating mood, attention, sociability, and movement. Participants reported heightened sensory imagery, decreased desire for action, and increased relaxation.