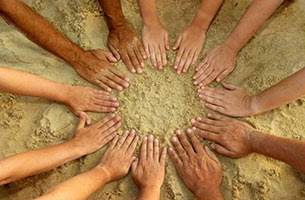 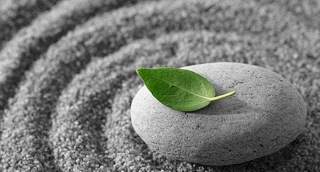 Throughout time, across historical traditions spanning thousands of years, we humans have not been content to master our environment. Instead we yearn to master our inner world. Our quest: searching for a qualitative break in our “normal” range of consciousness. It may be substance-induced: your teenager smoking marijuana for the “high,” the hippie dropping acid in search of “enlightenment”, the wine aficionado extolling virtues of grape vintage. It may be hypnotic practice: the shaman’s drumming, church choir exaltation, music concert experience, or strobe light-fueled nightclub dancing–we seek altered consciousness. We may lapse into spontaneous moments of profundity, e.g. reverie with nature, being lost in art, having sex, being one with song, falling in love, in childbirth, or in feverish delirium. The common denominator with these: they don’t stem from analysis. Nor from intellect. They defy labeling, despite our attempts to do so. These experiences are intrinsically beyond ontological and linguistic categories, but our species needs the safety and false security that stems from the illusion of “knowing.” Slapping a word onto a phenomenological moment? Our egos crave it–it lulls us into a false sense of control.

No one sect has a monopoly on evolved or altered human consciousness. Whether it’s Moses receiving Ten Commandments, Jesus’ forty day vigil in wilderness, Allah’s desert visions, or Buddha’s enlightenment under the Bo Tree . . . these signify extraordinary states of consciousness, each inspiring their respective theologies. The Bhagavad Gita is a literary metaphor for the war within, whereas the “Kingdom of Heaven,” the “Other Shore,” and the “Pure Land” are geographical metaphors for our mental states. Historical / Anthrolopological Roots of MindfulnessThe Sufi tradition eschews ritual practice in favor of “purifying the heart” via meditation, dance is also seen as portal to Divine influence. The ultimate aspiration is toward the solitary and without languaging: “When the heart recites, the tongue should stop.”

Yoga and meditation share commonalities and overlap. All forms of yoga, e.g. Ashtanga, Vinyasa, Yin, Hatha, etc. share a common aim: to transcend duality and reach unity. First, unity between mind and body; then, within the mind. This is also the goal for transcendental Meditation or “TM,” an example of a method using concentration via repetition of a mantra. 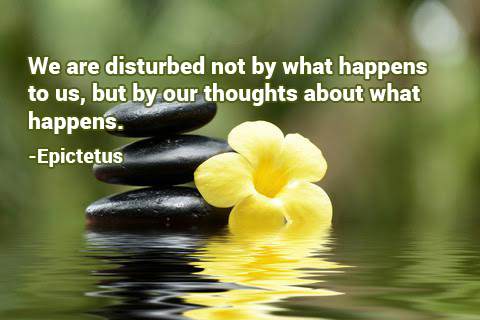 From fifth century India to present day Japan, in the lineage of Zen, practitioners seek to reach unity or oneness. It does so using myriad ways, e.g. zazen or sitting meditation, mobile meditation, and koans–riddles having no solution where goal is to liberate the mind by transcending thought, often using paradoxical language. A well-known koan is, “What was your face before you were born?” The “goal” is to have “no mind.”

All contemplative schools of thought have a common practice: retraining attention. This can be done to ways–concentration or mindfulness. The mechanics of techniques vary for each, e.g. concentration focuses on a fixed object; mindfulness is our mind focusing on itself, and involve observing continuous moments, maintaining evenly hovering attention to our inner chain of awareness. These methods are not mutually exclusive, and are often combined.

Some characteristics of using “concentration” and “mindfulness” are:

The interaction between our beliefs, our internal state, and self-identity . . . all these influence how we interpret our meditation experiences. We apply labels to our phenomena, and use additional form of attentional retraining to buttress main meditation. Examples include: movement in Sufi dancing, prayer/confession in Christianity/controlled respiration, fasting and cleansing, visualizations, relationship between guru and devotee, etc. are all attempts at furthering consciousness change. Though attention is key, adding these practices change the calculus of awareness.

Regardless of ideology, source, or methods, the goal of all meditation paths is to transform consciousness. The end: alchemy of Self–diffusion of effects of meditation into waking, dream, and sleep states–beyond the finite time frame of actual meditating. Gradually, it becomes easier and natural to maintain heightened awareness throughout the day and in the midst of other activities.

No matter the religious or spiritual tradition, human consciousness tilts toward a sense of boundlessness and timelessness. Within this, we dig into compassion, humility, sincerity, generosity, gratitude, endurance, purity. And above all, infinite loving kindness toward all Beings. These are both foundation and aspiration of all the world’s major mystical traditions. Another commonality: emphasis on achieving/maintaining equanimity or sense of stability, where we’re able to hold steady despite times of duress and harsh times. We hold sacred through all these: dissolving Self/personal desire or inhabiting ego-lessness. 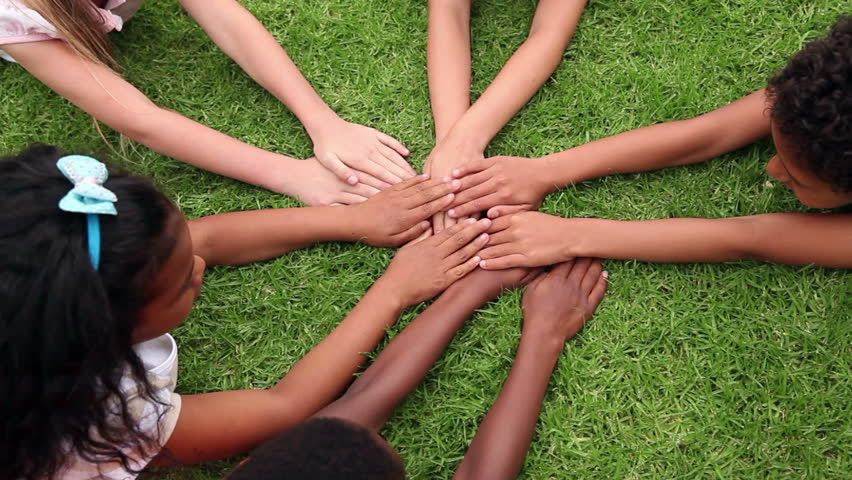 In sum, meditation gives us a map of our inner space. But we understand that maps are not the terrain. With the landscape of meditative states being ephemeral, the topology can seem more divergent than the actual substrate. We humans share the same basic nervous system. To this extent, we uncover similarities between all teachings. Indeed, they are far more unified than distinct. Indeed, our inscapes are more similar than different! With this we come full circle to connectedness with others via compassion.