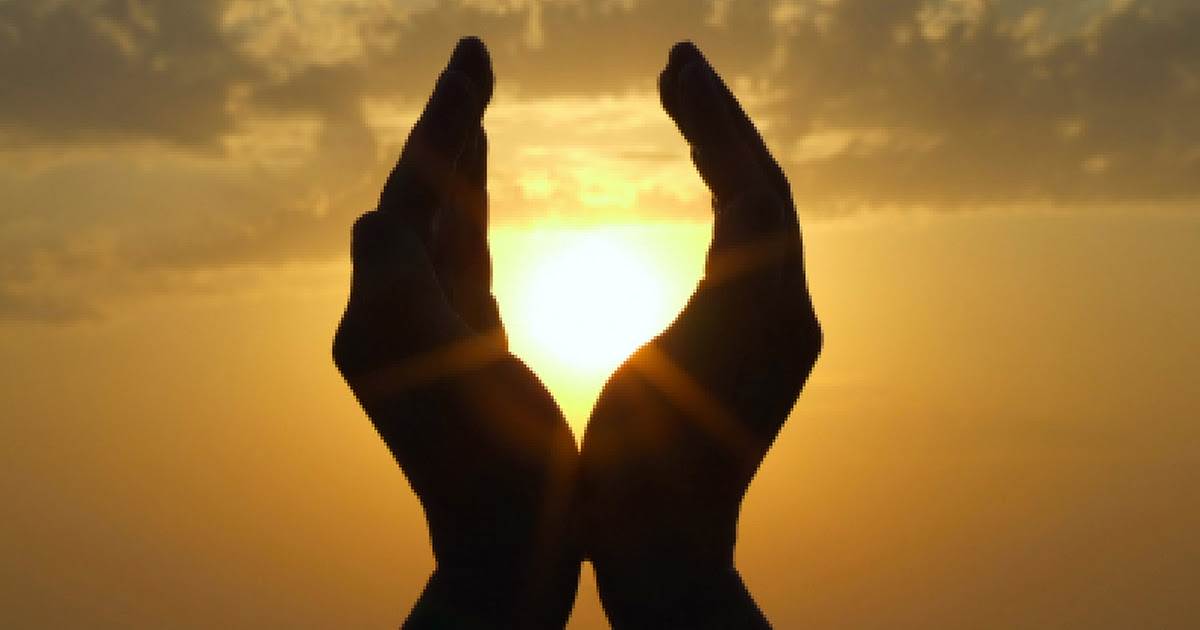 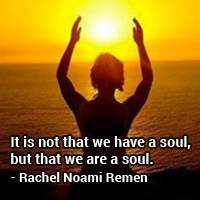 People often ask, “What will I get from doing this?” “How will all this help me in my daily life?” We want to know where we’re going and why. The benefits of meditating are both psychological and physical. A joint Carnegie Mellon/UCLA study (published in Brain, Behavior, Immunity, 2012) offers first evidence that mindfulness meditation is a promising intervention for reducing loneliness in older adults. Loneliness is considered a risk factor for illnesses such as cardiovascular neurodegenerative disease. Also, with a group of healthy 40 adults–age 55-85–after 30 minutes of eight weeks daily meditation and one day-long retreat (control group was used), blood samples showed reduced pre-inflammatory gene expression in the immune cells, plus a measure of C-Reactive Protein (CRP). This suggests mindfulness training may reduce inflammatory disease risk. These results are exciting because they indicate we can modulate immune cell gene expression — through psychological intervention!

Among the many psychological benefits of meditation: people are often surprised to realize this–what we’re contemplating is distinct from our mind responsible for generating such. Benefits of MeditationThe content is process. By tracking our process, we guide our content. Why is this important? It gives us a better sense of ‘control.’ We’re more focused and ‘grounded,’ more hopeful. When we witness the rhythm and chain of our mind’s events, we see our consciousness as mosaic and kaleidoscopically constant, teeming with change. Since our external Reality depends on our internal universe, we marvel at our thoughts as mirage, and as not necessarily true! “Thinking” something, does not make it fact. Understanding this deeply, we appreciate the distinction between how things appear and how things are. When we come to see this reliably, over and over again, we have sharpened awareness, feeling a huge sense of freedom in our behavior with others and the world. People often report greatest benefit from meditation when they achieve a sense of “equanimity” or abiding “still in the storm.” We feel more at ease, released from with past conditioned behaviors, and are able to live more fully in the moment. We are witness to our experience. We are observer AND participant, rather than solely the latter. Rather than feeling burdened by bad memories of the past or fearing the imagined future, we’re less anxious and despairing. Hence, we’re freer from self-judgement, more open to “happiness,” and relaxation.

Many studies confirm positive neurological changes as a result of regular meditation practice. Recently, using a type of MRI technique, diffusion tensor imaging, researchers presented a paper at the 2012 Proceedings of the National Academy of Sciences. After subjects practiced two weeks (approximately eleven hours of meditation), they looked at the following correlated brain changes: 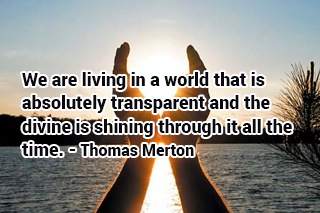 A precedent to this study: more than 30 years ago, at the University of Massachusetts Medical Center, John Kabat Zinn demonstrated with pre-and-post brain imaging, that an eight-week course in mindfulness results in shrinking the amygdala, which correlates with a reduction in stress. Buttressing his work, Massachusetts General Hospital researchers published a recent study (Journal of Psychiatry Research: Neuro-imaging, 2011) showing results of eight weeks of daily meditation practice: lessened stress as a function of increased white matter (“wiring” brain’s communication system) pathways around the anterior cingulate cortex. This study revisited a 2010 publication, confirming the “pattern of neural plasticity” (induced by meditation), focusing on body relaxation, breathing, posture, and mental imagery. A 2012 UCLA study published in Frontiers in Human Neuroscience, showed a positive correlation between years of meditation and extent of brain alteration. Benefits of MeditationTheir findings are astonishing: long-term meditators have greater gyrification (folding of brain, with denser gyri and sulci) in the cerebral cortex, the outermost layer of neural tissue. What does this imply? Given their key role in memory, attention, thought, and consciousness, we hypothesize greater gyrification leads to enhanced information processing, e.g. forming decisions, retaining memories, making connections, etc.

Cognitive scientists have long studied “neuro-plasticity,” defined as: what and how we pay attention, what we think, feel, sense and under which circumstances. These mental activities mold and re-structure our brain. As our brain changes, our mind changes as well–and vice-versa, creating a positive feedback loop. These changes occur via many mechanism, e.g. as the father of neuropsychology, Donald Hebb, said, “neurons that fire together, wire together.” What does this mean? Synapses (connections between neurons) become more sensitive and activated, with new synapses forming thicker neural layers. The classic study of this (replicated multiple times) found that learning to drive a taxi in London changes your brain. The taxi drivers-in-training must learn approximately 25,000 streets within a six mile radius, and memorize locations of thousands of places of tourist interest. Half of all trainees fail the rigorous exam. Those who pass, and become experienced drivers, have a thicker hippocampus (visual-spatial memory center). It is this neuro-plasticity that kicks into high gear for people who routinely meditate. They form thicker neuron layers in the insula, a region of the brain getting activated when we focus on subjective states, e.g. our sensations, feelings, etc. Parts of the prefrontal cortex (responsible for controlling attention) also become strengthened. This is how/why meditation changes our brain: via “experience-dependent neuro-plasticity.” This plasticity manifests as: increased amounts of so-called gray matter (information processing) and white matter (“wiring” brain’s communication system).

Other than cognitive superiority, do meditators benefit in other ways? Yes! 2012 University of Zurich researchers studied the junction between the parietal and temporal lobes, and the relative proportion of gray matter. This significantly and positively correlates with the propensity for altruistic behavior. The volume of a small brain region influences our predisposition for selfless behavior. People who behave more altruistically than others have greater gray matter at the junction between the parietal and temporal lobes, showing a connection between brain anatomy, brain activity and altruistic behavior. This altruism (in addition to practicing gratitude) is often linked with individual’s happiness “set-point.”

This connection between altruistic behavior–or giving to others–is key. Why? Because it’s intimately linked with giving/kindness/compassion to Self. This in turn, leads to increased happiness or emotional equanimity/equilibrium. These changes have observable neurological correlates: we see increased activity in pleasure/reward systems in the following areas: 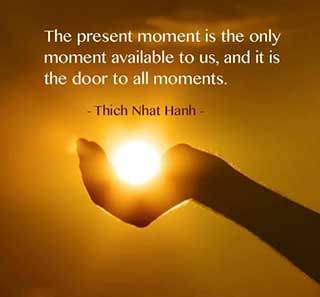 Sponsored by the National Institute of Health, Center for Disease Control and Prevention, and National Center for Complementary and Alternative Medicine, Sara Lazar, a Harvard-based researcher is doing cutting edge work: using neuroimaging techniques to study neurological, cognitive and emotional changes associated with the practice of meditation. She incorporates measures of peripheral physiology (breathing, heart beat) in order to understand how meditation practice influences the brain-body interaction. Brain plasticity was given a concrete boost in 2005 when she discovered thicker brain regions in people who practice mindfulness meditation. This was revolutionary: demonstrating that regularly practicing a specific mental exercise can increase brain mass! The media, e.g. New York Times, National Geographic News, Time–applauded the news and made the information more mainstream. Specifically, Lazar found increased cortical thickness in brain regions associated with attention, interoception (awareness of sensations inside the body), and sensory processing in the meditators. Thicker areas included the prefrontal cortex and right anterior insula. The research summary states, “Between-group differences in prefrontal cortical thickness were most pronounced in older participants, suggesting that meditation might offset age-related cortical thinning.” In fact, in one brain region the average cortical thickness of the 40-50 year-old meditation participants was similar to the average thickness of the 20-30 year-old meditators and controls! 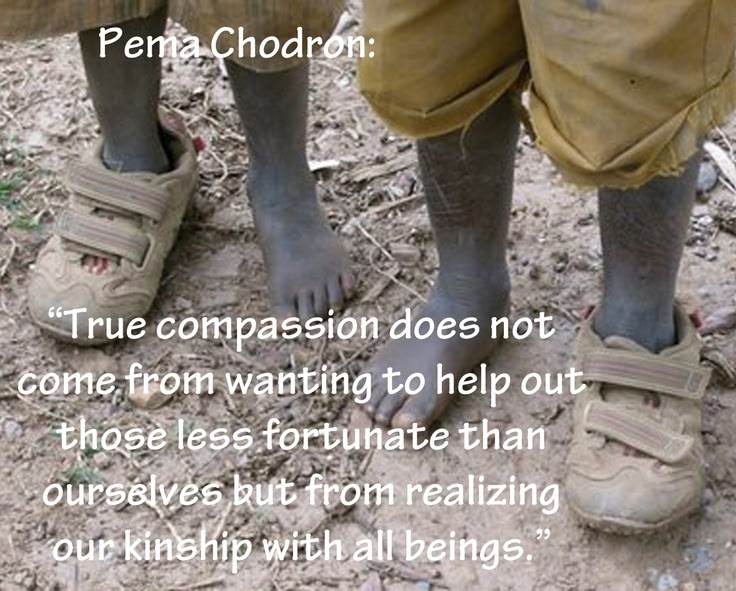 We have more recent evidence of the same: using neuro-imaging techniques to study brain-protective effects of meditation, a UCLA and Australian team published findings in 2015 Journal of Frontiers in Psychology. With a sample size of 100 subjects, they report less age-related gray matter atrophy in long-term meditation practitioners.